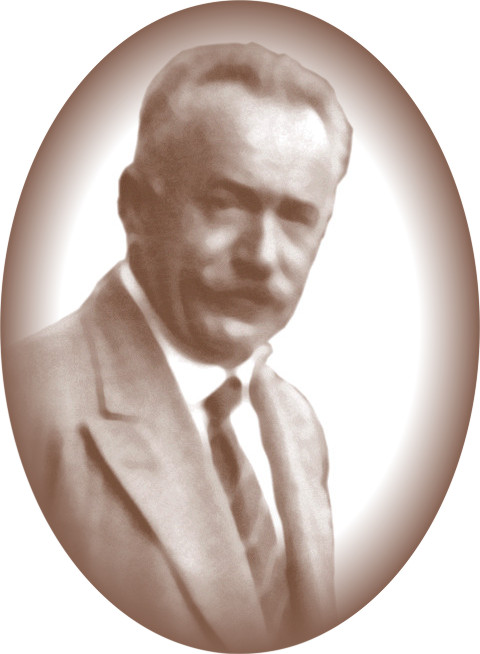 Prof. Dr. Ljudevit Jurak was born on October 6th, 1881 in the Zalug district of Hum on the Sutla River in Croatia, the son of Stjepan and Amalia (nee Pregelhofer). He completed elementary school in the village of Prislin in the district of Hum and graduated from high school in Zagreb in 1902 with honours. An excellent student, he was awarded a scholarship to the Medical Faculty of the University of Innsbruck from which he graduated in 1910. He married Helene Hanke from Innsbruck and his son Herman was born in Innsbruck on August 24th, 1910. Additionally info – on the blog.

Dr. Jurak began his medical career in the Department of Pathology of the Medical Faculty of the University of Innsbruck under Professor Pomer, to whom he was appointed as an Assistant (to the Professor) in 1911. He specialised in pathology and anatomy until 1914, and also co-operated with Professor Ipsen from the Institute of Forensic Medicine in Innsbruck. On November 24th, 1913, he was appointed coroner for the Zagreb Health Service at the Sisters of Mercy Hospital in Zagreb. In October 1920, he was appointed to the position of Professor of Pathology and Anatomy at the Veterinary Faculty of Zagreb University. Following this appointment he continued to work as an honorary coroner in the Sisters of Mercy Hospital in Zagreb until 1945. Prior to this appointment he completed studies in animal pathology and anatomy at the Veterinary Faculty of Vienna University under Professor Hartl and at the Veterinary Faculty of Dresden University under Professor Joest. Between the two World Wars, he practised animal and human pathology and anatomy and in 1922 was awarded an honorary Assistant Professor of Forensic Medicine at the Medical Faculty of Zagreb University. The first lectures in Forensic Veterinary Medicine were given in the scool year 1923/24. The first lecturer was prof. Ljudevit Jurak. The main Jurak’sscientific contribution was pathohistological description of Lev’s disease half a century before Lev.

Prof. Jurak’s tragedy began in 1943 when he became a member of the Red Cross International Committee for the investigation of killings of the Polish officers in the Katynian forest and Ukrainian citizens in Vinnica. The forensic investigation of the victims’ remains at both locations determined, that the Soviet Secret Services (NKVD) was responsible for the killings of these innocent victims. Due to the fallout his truthful testimony would create with respect to Yugoslav relationship to the Soviet Union, he was executed by the communist authorities in Zagreb on June 10, 1945.

In 1990, on the initiative of Professors Mladen Belicza and Krizan Culjak, the Departments of Pathology of the Veterinary Faculty of Zagreb University and Sisters of Mercy University Hospital established an annual international memorial symposium on comparative pathology dedicated to Professor Jurak.

In 1991, the Department of Pathology at the Sisters of Mercy University Hospital in Zagreb was renamed the “Ljudevit Jurak” Clinical Department of Pathology. Since 1996, Academy of Medical Sciences of Croatia has supported this symposium. In 1998. the “Ljudevit Jurak” Award for Comparative Pathology was created, which, it is hoped, will encourage scientists from around the world to compare animal and human diseases and remember Professor Jurak’s contribution to the medical, forensic and veterinary sciences and to medical ethics.